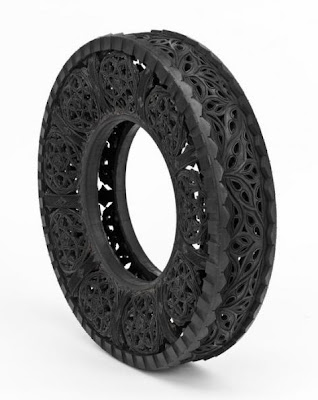 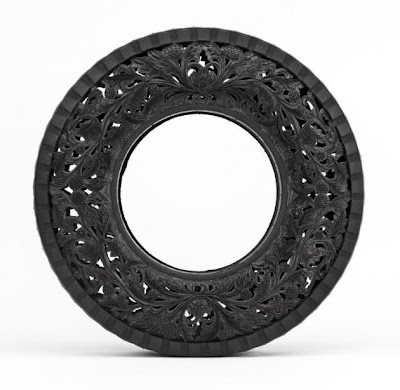 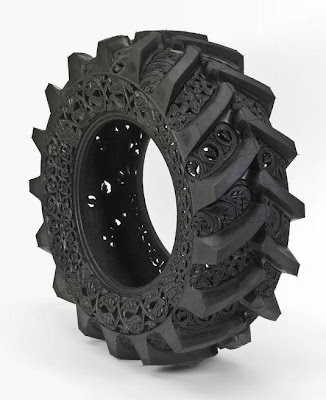 Wonderful hand carved tyres by Belgian artist Wim Delvoye. Although started in 2007 I'm only just discovering these now and love them, there are lots more to see here. They have similar qualities to the work of Cal Lane who I first blogged about here. Here is one of her pieces I've not show already. 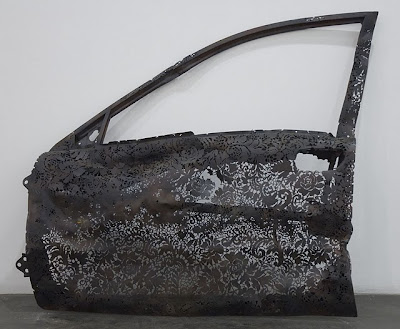 Wim has some really large works such as his steel Towers. And smaller ones can be seen on his Scale models section. I'd seen some of his earlier pieces before but didn't know who they were by, like this huge 2002 piece Caterpillar #5: 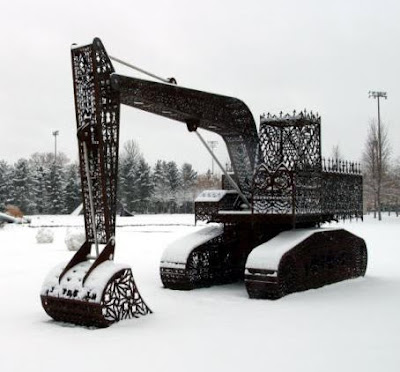 Gorgeous! I love the carved tyres, what genius to make something so unexciting into something beautiful.