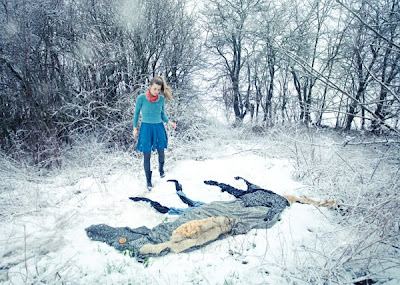 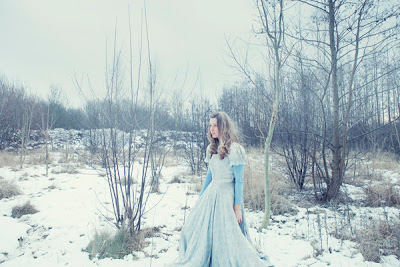 I was originally directed towards the top photograph by Ulrika Kestere by someone saying she had a similar wardrobe to me. I thought they meant furniture wardrobe but clearly they meant likes to wear lots of different blues with a touch of red. The clothes are nice but it's the photo itself I like most. It is part of a series called "Girl with 7 horses" and she has made this one available to buy as a print here. You can see more of her photographs on her blog Ulicam. I liked the wintery one because I collect blue dresses and have long wanted to photograph them in snow, but it's always been too wet, too cold or too windy. She is tougher than I am.

I was looking at old photos this week and found one of me as a kid on the banks of the Mississippi River wearing blue with a touch of red (loved my bandanna) in 1984 when our parents bundled us all into a Camper Van and spent the Summer driving from LA to New York (having been living in LA 2yrs but returning to live in Scotland). I didn't realise I was doing non traditional hair buns in '84, I thought I didn't bun my hair until college in '89. Ulrika has an animated gif of braided hair that reminds me of why I put up with my really long but infuriatingly prone to tangling hair for so long. I loved playing with it, so many ways to express my mood. But when you have ME every bit of energy is precious and it's pointless wasting it on a daily battle with tuggy hair (you can see the tugs beginning to form a blur in centre of the bottom photo). Last January I chopped nearly all of it off and last month I did it again. But it's nice to find photo's of it long. 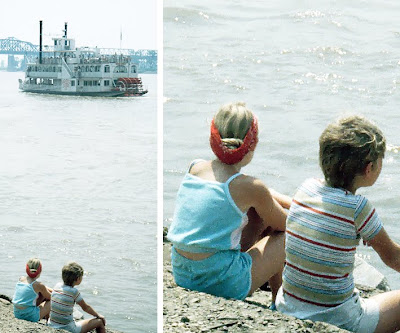 Me with my Brother. Watching Mississippi paddle steamer 1984 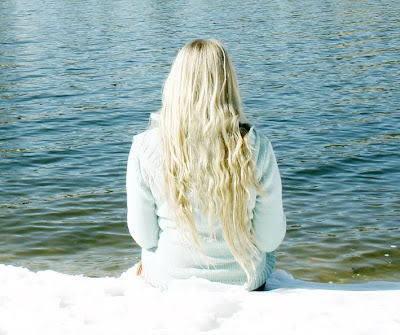